An unlikely friendship between a retired Miami-Dade teacher and a first-generation college student. 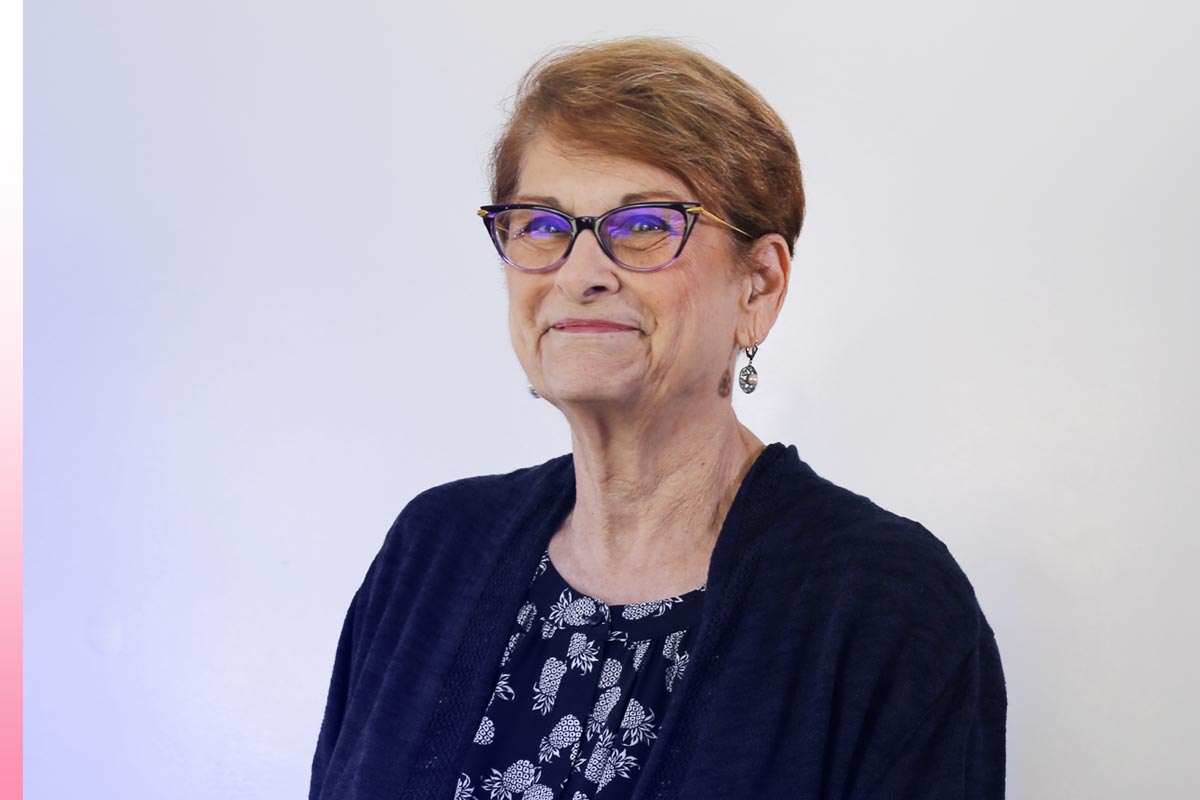 Two years ago, I was preparing to retire – for the second time – and wanted to find something I could do that would be useful and put my skills to work. Casa Valentina was the perfect fit.

I had been a high school English teacher and journalism advisor for more than 50 years in Miami-Dade schools. I started looking for organizations and came across a story about Casa Valentina, a nonprofit that helps at-risk and former foster care youth with housing and life skills, in the newspaper. I made an appointment with Janice, executive director, and she told me about how they assist young people with reaching their education goals, getting a job, learning life skills and finding a home. I told her my strength would be in tutoring students who needed help in English. Soon after, Janice put me in touch with Deanda, who had just become a resident at Casa Valentina.

Deandra, who grew up in Little Haiti with her grandparents speaking Creole, is the first in her family to graduate from high school and was attending Miami Dade College. She had struggled with financial and health setbacks before coming to Casa Valentina.

I would meet Deandra weekly for tutoring in basic writing and literature, bring lunch and magazines, and we would read together. She would also call and I would help her with assignments over the phone. I loved meeting with her in person because it allowed me to establish a personal connection with her. At times, she would open up to me about her family.

For an assignment, she had to read “Everyday Use” by Alice Walker and analyze it. The story is about a mother living in the South with two daughters. The mother rejects the superficial values of her older, successful daughter in favor of the practical values of her younger, less fortunate daughter. One of the stories the mother tells is about a quilt. The older daughter wants it to place on her wall; the mother chooses to give the quilt to her younger daughter. Right away, Deandra asked, ‘what is a quilt?’ I explained to her what it was and shared some pictures.

One day, she called and asked if I could give her a ride to the grocery store. We went shopping together and it was an eye-opener for me. I realized much of what we take for granted, such as reading a food label, are new experiences for youth like Deandra.

As youth age out of foster care, Casa Valentina helps them find housing. When Deandra realized she was going to get her own apartment, she again called me. I printed out a shopping list, picked her up at 8 a.m. and took her to Target! We had breakfast, went up and down the aisles so she could see the kinds of items and kitchenware she would need, and checked things off her list. That evening, I found some items I thought she could use – dishes, a bookshelf, a table and folding chairs – and took photos for her so she could decide if she wanted them, and had a friend with a truck delivered them.

My late husband and I were antique dealers and I collected quilts and needlework. I couldn’t think of anything more meaningful than for her to have her very own quilt. This one was a 1930s style quilt made from colorful house dresses with a red scalloped border. She placed it on her bed.

Once she moved into her own apartment and became independent, I realized I was going to have to let her go and grow. We’re still in touch and she knows she can count on me. Deandra invited me to attend her 24th birthday party at a downtown restaurant. I felt honored to receive such a special invitation and enjoyed meeting some of her friends and family.

I am working with a few new students now and hope to start a literary magazine where Casa Valentina residents could share their experiences through prose, poetry, art, etc. Some of these former foster, young adults have never encountered ideas, people, and places that you take for granted. As a volunteer new to tutoring, I continue to learn more from the residents than I ever expected. Becoming a mentor is more than being a teacher and a friend. No matter the length of time or the ways in which you interact with a Casa Valentina resident, you will learn more than you ever thought possible and it will enrich your life.

My time volunteering with Casa Valentina has created a special awareness of the social issues we confront in today’s society and is proof that one person can make a positive difference in someone’s life. In my relationship with Deandra, for example, it worked both ways.

-as told to Ana Mantica