Meet this Casa Valentina Board Member.

Craig Bond is a young banking professional in Miami who has worked his way up the ranks professionally. While successful and always charitable, it wasn’t until a chance meeting with one of Miami’s biggest mentors that Craig decided to truly get more involved in the community and use his voice and position to do good. 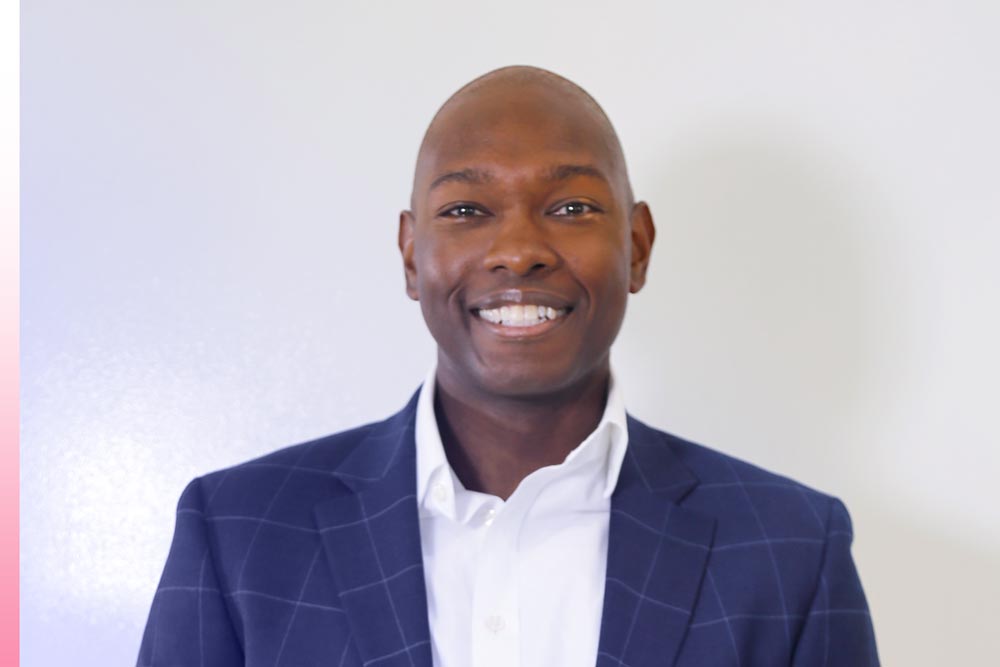 How did you become involved with Casa Valentina?

I first got involved with Casa Valentina through my experience with Greater Miami Chamber of Commerce’s Leadership Miami Program, which I was ‘voluntold’ to do.

One of my mentees, Sonless Martin Jr., who’s done phenomenal with his life, kept saying I needed to meet this nice gentleman named Dave. After some asking, I agreed. I met with Dave. It turned out to be David Lawrence Jr., retired publisher of Miami Herald and founder of The Children’s Movement of Florida. We met for breakfast at Coral Bagels and within the hour he’d struck something in me. He said, ‘You’ve done well in banking. What are you doing for your civic duty.’ I paused, I told him I was charitable. He said that wasn’t enough. He asked, ‘Where’s your voice in the community? With your voice and what you’ve done with this young man (Sonless), think about how many more people you could have touched.’ In true Dave fashion, he picked up the phone and called the former president of the bank where I worked. We went for lunch and he echoed Dave’s words about getting involved in the community with something I was passionate about. He challenged me to come back in a month with something I was interested in and offered to help me pursue it. I came up with Leadership Miami. Through the program, you work with a group on a community project.

Tell us more about Leadership Miami. How did you get your group on board with you to work with Casa Valentina?

We explored a lot of nonprofits and the one that really struck me was Casa Valentina. You’re talking about a genre of young adults who can change the world but they have a stigma.

They’re aged out of foster care, oftentimes homeless, black or brown. It took some convincing. I asked, ‘Where is our voice in the community? Let it reign.’ These youth are all in school. They’re in a program that’s going to promote them to be better citizens for tomorrow. After a long night of going back and forth, we landed on Casa Valentina.

And then, what did you and your group do for the residents?

We reached out to Casa Valentina’s executive director, Janice Graham, and asked what we could do to better the residents’ lives. That was our main concern, making their lives better. I strongly believe that if I do it, anybody can do it. It’s not easy but with some guidance, you can make it.

This was 2020. The pandemic made it difficult to get project work done – our event and fundraiser we had planned were postponed. It pushed us to get more creative. We just wrapped it up, a year and some later. I keep my word.

During one of the first walk throughs we did at Casa Valentina, I saw how the residents’ furniture was literally falling apart. We thought, how can we make their environment better, more comfortable so it could serve and function better for them. We decided we would change every bed, replace every dresser, add mirrors in every room, install closet organizers, and outfit each unit with smart TVs. The pandemic was not going to stop us. Because, if we had promised these young women that we would bring them new furniture, and then didn’t, how would we be different compared to others in their lives? Why not be extraordinary for them and carry out our word.

You got your team involved. Who else did you get to help?

The community was generous. My clients were phenomenal. The Chamber prolonged the Leadership Miami Program for us so we could fulfill our duties to the community. We had someone allow us to store furniture at a showroom in Wynwood. Someone else provided hauling for us. Others came together to deliver. In fact, delivery day was the morning a tropical storm was brewing, but we delivered nonetheless. It was our civic duty to follow through on our word.

Tell us about your next project.
We’re going to carry out the fundraiser and the event our Leadership Miami team postponed last year. And we’re working on a landscaping project with another community organization. We’re also planning to create a network of professionals who we can connect residents to for internships and job opportunities.