How Casa Valentina helped me start over.

I was born at Jackson Memorial Hospital in December 1995 to a mother who was an addict. Because my birth mother was on drugs, I was born premature and had to stay in the hospital connected to tubes to get stronger. I was in the NICU for a while.

A nurse who was taking care of me knew that her friend, Nellie, who was a nurse in another unit, had adopted a little boy recently and would be interested in taking in a little girl. My nurse brought her friend to the nursery and said, “I think this little girl will be your daughter.” Nellie said, yes, “This little girl will be mine.” When I was strong enough to leave the hospital, Nellie brought me home and fostered me. She adopted me three years later. 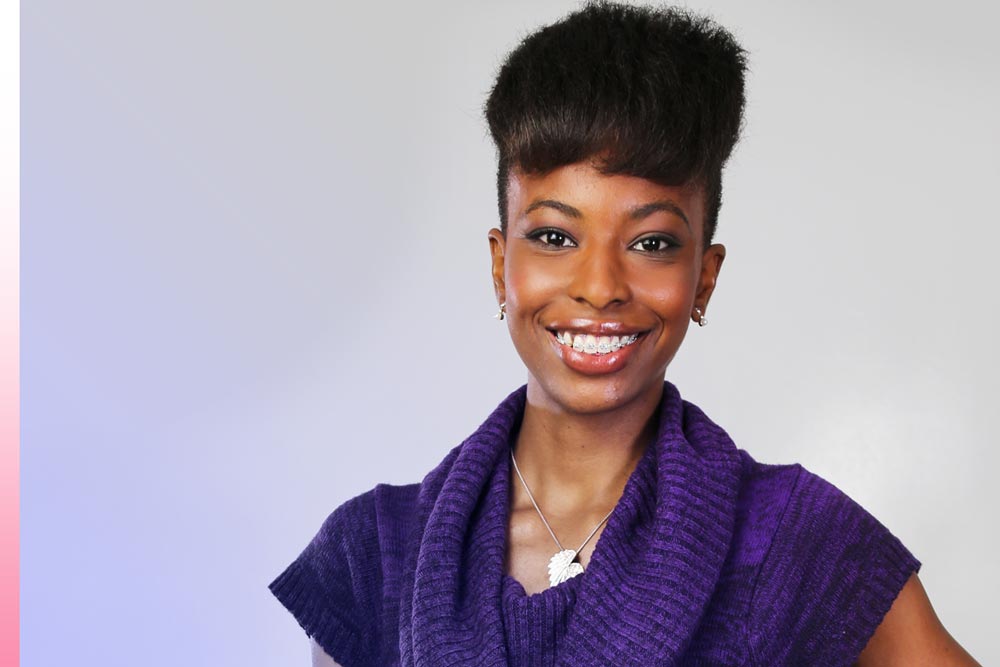 Nellie was a single parent, with two older daughters and an adopted son. We lived in Miami for a few years and later moved to upstate New York, just north of Syracuse.

When I was ready to go to college, I decided to move back to Miami. Since I was adopted in Florida, I had a tuition waiver to attend college in the state. I enrolled in Miami Dade College to study exercise science. I hope to become a fitness trainer. Growing up, I had always played sports and ran track. The mile was my event — my best time was 5:34. I was the fastest girl on my cross country and track teams from seventh grade through the end of high school and made it to states twice for cross country.

Moving back to Miami was hard. I didn’t know anybody when I first got here. Then, I met Miss Wendy, who was with Educate Tomorrow at MDC North Campus. She told me about Casa Valentina. I wanted so much to go there because I was hopeful they could help me. But they didn’t have an opening at the time. So I went to Paragon Partnership and stayed there for a couple of months. Then, in October of 2018, Ms. Sarah Gold, a former program manager, called to let me know there was an opening at Casa Valentina. I got so excited. She told me about all the requirements, and I met each one of them. I was enrolled in college. And I had a stable job as a dishwasher at Earl’s Kitchen & Bar in Dadeland Mall. Ms. Gold vouched for me and I met the team and completed all the interviews. I was so nervous at first. But it was worth it. I knew Casa Valentina would be the place where I could gain the skills and support to create a path forward. I finally moved in on October 15, 2018, and lived there for about two years.

I loved being at Casa Valentina. They taught us about life skills, how to make a budget, and how to find a place to live. When the pandemic hit, they started holding all meetings on Zoom, everything from cooking classes, to financial budgeting, to guest speakers from Frost Science museum. I suggested a virtual workout session and even led a plyometrics class for all residents.

When I think about Casa Valentina, the first word that comes to mind is, ‘support.’ The staff there is very open and supportive. When I was living there, I went through two major financial crises. I fell for a couple of scams and lost all my money, twice. So I really needed their support. They gave me food from the pantry and helped me apply for food stamps. They connected me with support services that help students pay bills. They helped me pay rent. They also connected me with a therapist. Slowly but surely I got back on my feet. I got another job at a bakery and was finally able to move out in December 2020.

I live in my own place now and on my own. The apartment is in a nice area and I feel safe. The first night I slept there it felt so great. It was freeing. I don’t have a car so I depend on public transportation to get around Miami, to and from school and work. I’m now working at a produce company during the week and at a Pilates studio on the weekends.

Casa Valentina helped me grow into myself. When I first arrived, I was really shy. I didn’t talk much and I was closed off. Over the two years I was there, I blossomed into a beautiful young woman. And I’m certain the staff would also agree. As new residents came in, I knew I had to be their support system. I wanted to show them that when you start, while you may feel unsure about yourself, you can learn and grow. Being that role model, in turn, helped me grow.

When you help youth like me successfully transition into adulthood, we can contribute back to our community.