Marcia Reisman has been laser-focused on helping and mentoring the youth of our community throughout her professional career. As an attorney for Dade Legal Aid, a nonprofit law firm that serves the unmet legal challenges of the residents in Miami-Dade, she provided assistance in family law, domestic violence, guardianship, child advocacy, and other legal issues for those in need. It troubled her to know that at the age of 18, children in foster care are taken out of the system and sent out to care for themselves. Marcia, alongside four women – Susan Langer, Sharon Socol, Lisa Schejola-Akin and Susan Lampen – went on to found Casa Valentina, which provides safe and affordable housing, educational supports and life skills development for young women and men to encourage self-esteem and independence. 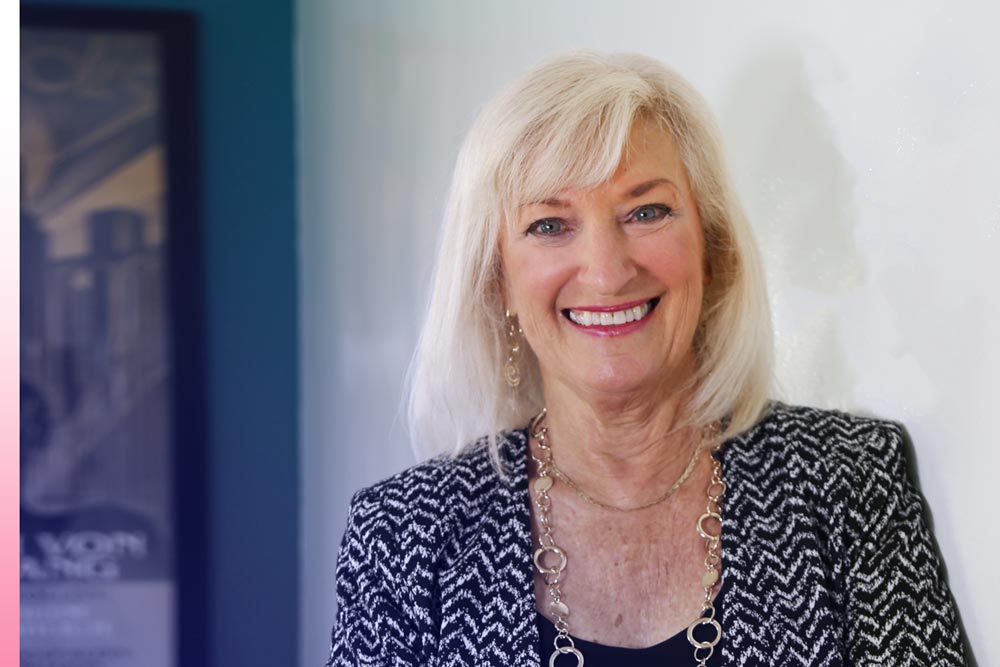 You are one of Casa Valentina’s founding members. Tell us about how you first came up with the idea to create a program that would help at-risk young women aging out of foster care.

Since 2006, Casa Valentina has served at-risk youth and youth transitioning out of foster care. I was working as an attorney at Legal Aid alongside Susan Langer, a fellow Casa Valentina founder. A group of us women were gathered together around a table and she said there was a problem in our community: young girls were aging out of foster care at age 18 with nowhere to go. We decided right there and then that we would do something about it. That’s how Susan, Sharon Socol, Lisa Schejola-Akin, Susan Lampen and I started what has since evolved into Casa Valentina.

What steps did you take to raise funds and get the nonprofit off the ground?

Our five Founding Board members hosted numerous fund- and awareness-raising events to shine a light on these young women’s stories. The capstone was a November 2005 performance of Eve Ensler’s The Vagina Monologues, which raised the seed money we needed to start the program.

Ensler came to Miami in 2004 and had no idea her visit would go on to change lives and create a lasting legacy. She related that, while performing her play in New York, she began to see women lined up outside the stage door after the performances. They were not looking for autographs; they wanted to share their stories of sexual and physical abuse. We thought to ourselves this sharing of stories could be the way to generate awareness and raise funds. It worked. With the help of Ensler allowing us to use her award-winning play, “The Vagina Monologues,” we hosted a sold-out performance at Gusman Theatre. Then, we started a year-long effort of hosting house parties where someone would volunteer to invite 10 friends; we’d bring a youth to share their story about how difficult it was to find a safe place to go. We brought in 130 visionary patrons at $1,000 a person. That gave us the seed money we needed to start.

Casa Valentina has been serving youth in our community for more than 15 years. How has the organization evolved over the years?

When we started Caa Valentina, the focus was to find housing and teach life skills to young women who, when leaving foster care at age 18, found themselves homeless and easy prey by the worst elements in our city — prostitution, sex-trafficking and poverty. There was an urgent need to provide safe, affordable housing to keep these young adults in high school and motivated to go on to college or vocational schools.

Working in conjunction with Our Kids, DCF, Citrix, Educate Tomorrow and Camillus House, more than 200 young women and men in Miami have come through Casa Valentina, beaten the odds and remained in school, gained employment and opened bank accounts. They have become resilient and learned how to navigate the obstacles that all youth encounter on their road to independence.

What resources and supports does Casa Valentina provide its residents?

Casa Valentina facilities, located downtown and in West Grove, house 21 youths in residence for at least two years. They receive assistance from a dedicated staff of social workers, educators and business professionals.

Although they pay a residence fee of $400 a month from their state stipend, they receive services worth about $3,000 a month, including tutors, counselors, a furnished apartment, transportation, utilities, internet access and, most of all, love and support when things seem too much to handle. When these youth determine that they are self-sufficient and ready to leave our apartments, we assist them in finding safe, affordable housing situations, a difficult task in Miami-Dade.

How has Casa Valentina impacted you personally?

I’ve gained a family. I’m a mom, a grandma, and now I have 200+ more kids and grandkids. Casa Valentina doesn’t just provide housing, we provide a home and the security that comes with knowing that someone else is thinking about them and admires them.

There’s one resident, David Elusma, who first came to Casa Valentina a couple of years ago. We had invited Nick Duran to come speak with our youth. They were all engaged, and I watched as David took dutiful notes. During the Q&A after Nick’s talk, I called on David. And he said to Nick, “I know you’ve told us you’re here for us, but don’t you say that to everyone? What if we really need you; how can I find you?” Nick was taken about and responded with, “There’s only one thing I can say to make you know I’m real … here’s my cell phone number.”

One day, I was sitting in the community room talking with Janice Graham, our executive director, about her son, who was in boarding school. David was there, and he listened in as Janice went on to say how proud she was of her son.

David looked at me and said, “I wish I had a mom who would talk about me like that.”

David’s chest raised, and his eyes lit up.

When we send these kids off to a four-year university, we hold our breath just like we would with our kids. When you hit 18, you want to be made to feel valued. We want our residents to know each of them has value, we care about them, and we’ll always be there to encourage, love and support them with no other motives other than to see them succeed.

What keeps you going?

Volunteering for an organization feeds the volunteer as much as it feeds the recipient. It’s a two-way street. I see the results. This has kept me engaged fully for 15 years; that’s a long time for volunteer work.

We have young people who’ve asked to be on the Board. That’s how you know you’ve made a difference.

One of our current board members came to us when she was 18 after being in foster care her whole life. For eight months after she got here, she was tied up in her earbuds and never spoke a word to anybody. It took some work and weekly one-on-one sessions with her social worker for her to trust and finally open up. She stayed with us for three years and went on to FIU. At her graduation, I asked her, what’s next? She said, “it’s already happening.” She had started a master’s program in education while juggling two part-time jobs. She let me know she’d be in touch when she was ready to come on the Board of Casa Valentina. She’s been serving for two years now. It’s magic. This is what makes an organization survive; when you see how it’s serving its people – and the people serve it back.

How can others become involved as a partner or volunteer?

We are so fortunate to have the visionary leadership from our committed Board of Directors, a talented and hard-working staff, support from our community partners throughout Miami-Dade, and a dedicated group of volunteers. It’s become like a family, which is so nice when you have people that share your same feeling of purpose.

One of the things I learned a long time ago is that everybody wants to make a difference. They may not want to make it the way I do, but they have their own way. You have to appreciate people, their strengths, and say we want to give you an opportunity to make a difference in the world. There are plenty of ways to get involved at Casa Valentina. We’re always in need of tutors, people to cook and serve a meal, or teach a class; you can volunteer on your own or plan a day of service with a group of friends or co-workers. Register on our website as a volunteer and we’ll make it happen.

What’s next for Casa Valentina?

Casa Valentina is unique in Florida and around the country, providing wraparound mentoring and coaching services tailored to each resident, as well as safe, affordable housing to help them reach their goals. We have a goal – which I’ve been working on for the last five years – to give each resident a studio apartment of their own, with their own key. We’ve spent a lot of time trying to get support from the county, and we’re close to acquiring more lots soon. I would love to see us build our building, and I would love to see us become a model program for what this could look like in cities around the country. If we can get kids on track at this age, the chances of them succeeding increase exponentially.