It was the summer of 2016 and I had just graduated from high school. I had moved to Miami from Haiti three years earlier. I barely spoke English and I didn’t know many people here. My mom and I were never close. One day, she kicked me out. It wasn’t the first time, but it was the last time. I didn’t have anywhere to go, so I turned to Miss Dominique Benoit, a counselor at North Miami Senior High School and Miami Adult Education center. She was my safe haven. Anytime I had a problem, I went to her and she would listen. 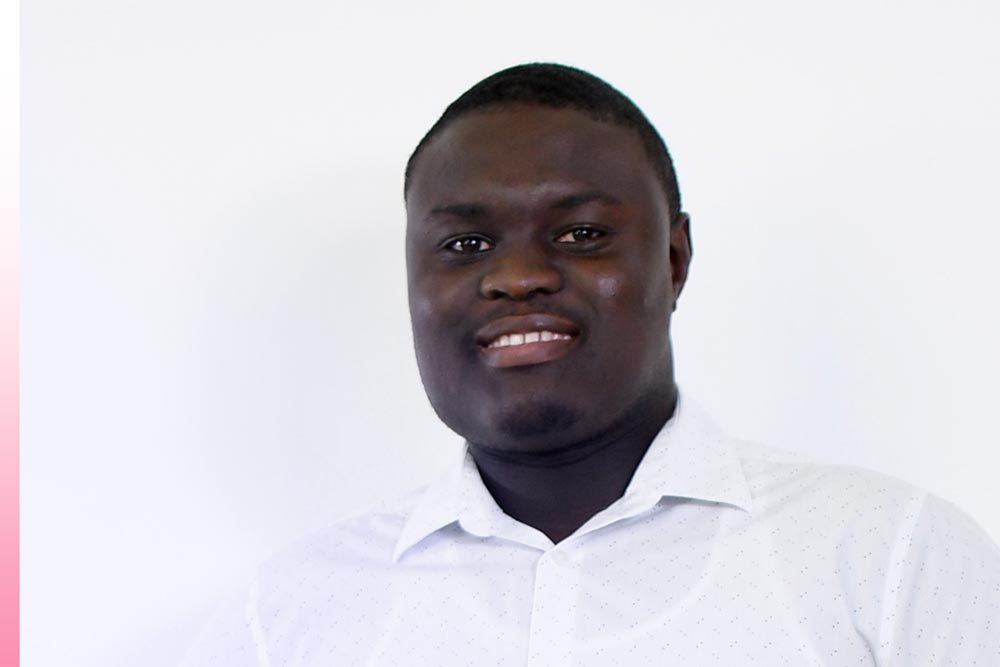 Miss Benoit connected me with Educate Tomorrow, a nonprofit that helps students in my shoes without a place to go navigate housing, academics and life, and Miss Wendy Joseph. They put me in touch with Camillus House which at the time had a program for youth who didn’t have a home. I stayed there for about six months while I started pre-nursing classes at Miami Dade College North Campus and worked part-time at Pollo Tropical. When I couldn’t stay at Camillus House any longer, Miss Joseph contacted Casa Valentina to see if they took young men, and they did. Immediately she set up an interview for me and I moved in a month later.

Casa Valentina provided me with everything I needed to get back on my feet, stay in school and put a roof over my head. I moved into an apartment that was safe, furnished and spacious. It was in a two-story building with seven units; I lived on the top floor and paid a low rent that was manageable for me. When I needed a tablet for school, a Casa Valentina donor got one for me. Chemistry was challenging, and they found me a tutor. While there, I entered the Benjamin Leon school of nursing at Miami Dade Medical.

I gained a nation of family at Casa Valentina. The other young men who lived in the residence became my friends, it was a brotherhood. I love to cook and I would make Caribbean-style rice dishes for them. Miss Janice Graham, the executive director, is from the Caribbean like me. I call her my fairy godmother. She taught me how structure works in life. We share the same values.

And, then, there is Mr. Marlon Williams. I never grew up with a dad, but Mr. Williams, my life coach at Casa Valentina, is the dad I never had. Mr. Williams is from Louisiana and he understood me. He taught me dad-and-son stuff. He showed me how to cook Cajun food and grill. He helped me understand how credit works and how to manage a credit card. He taught me how to drive. He took me fishing. He’s one of the most successful Black men I’ve ever met and I admire him a lot. Even though I’m no longer a resident at Casa Valentina, I still call on him and he’s there for me.

Casa Valentina paves a way for residents to wherever you want to go. All you have to do is follow it. If there are obstacles along the way, Casa Valentina will help you overcome it as long as you want to do it. They give you what you need to grow into, the time, the support, the nurture. It teaches you how to be an adult. I stayed at Casa Valentina until February 2021. While there, I finished up nursing school and graduated in December 2020.

When you make an investment into Casa Valentina, you’re making an investment in somebody who has the potential to become a valuable member of society and contribute to the community.

I was 12 years old when the 2010 earthquake in Haiti. My city wasn’t as affected but I watched on TV how foreign nurses and doctors came to help in the crisis. That’s when I said here’s an opportunity for somebody to save a life every day, and I decided to become a nurse. I’m now studying for my boards to become a registered nurse and plan to continue my education and obtain a Doctorate as an Advanced Registered Nurse Practitioner (ARNP).

-as told to Ana Mantica