From homelessness to becoming a marine biologist.

My name is Deandra Joseph. I was born and raised in Miami, Florida, in the neighborhood of Little Haiti. My grandparents raised me, I have three brothers and one sister. I grew up speaking Creole. Neither my mother or father were in my life. 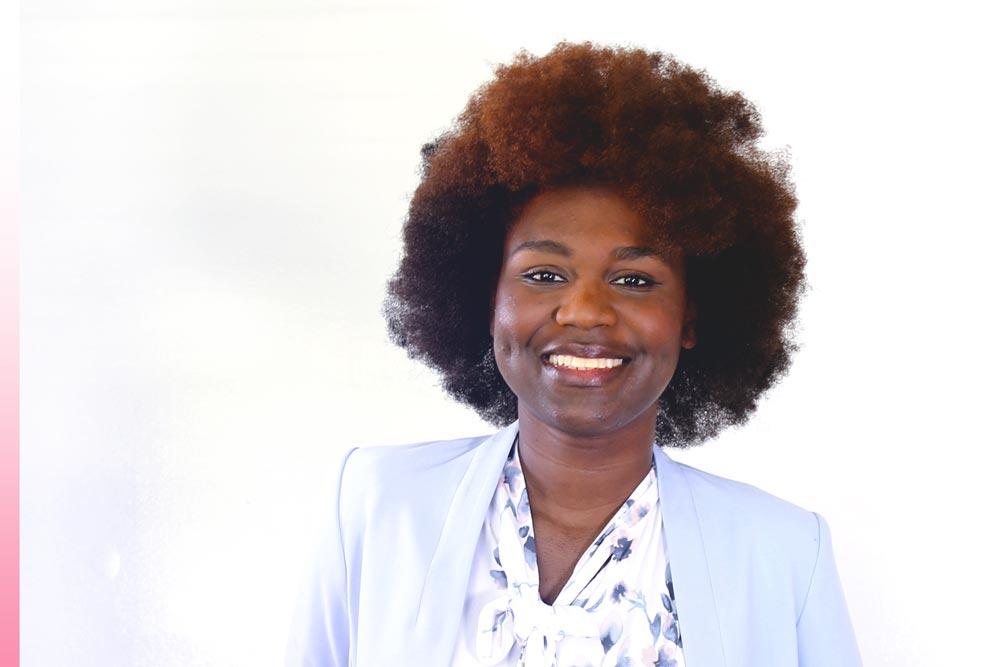 I was 18 in 2016, a student at William H. Turner Technical Arts High, when my grandmother passed away from breast cancer. After she died, I got depressed and was struggling. There were times when I wanted to give up, and something inside me just kept me pushing me. I took night classes, worked, and graduated from high school – the first in my family to do so. After graduating I tried desperately to get into Miami Dade College.

I’d always wanted to go to Miami Dade College and study biology or biotechnology, then go to Rice University in Texas. My dream was to get a degree in biotechnology and become a pharmacist and do research study to work and focused on helping marine life and ecosystems.

Before I got to Miami Dade College in 2018, I was asked by my family to leave the home and instantly became homeless for six months. I was couch surfing from different homes, sleeping in a park, and none of my friends or family or co-workers knew. I just kept it to myself because I didn’t want pity from people, and I tried my best to look for resources in Miami. This while working two jobs making $12 and $11 an hour from both jobs. I still was eager to get into MDC and one day I went. I finally met someone named Miss Sandra Obas, from the Educate Tomorrow program at MDC, which supports MDC students like me who are impacted by homelessness or have aged out of foster care. She was very nice and kind and helped me get food and other resources. I’d nearly given up because I didn’t have certain documentation needed to enroll. Miss Sandra helped me enroll at MDC Wolfson Campus and get into Casa Valentina.

I spoke with Miss Alexis Adams, the program director at Casa Valentina, and did an interview with all the chair members. I felt like it would be a good fit because I know they helped people with homelessness, taught life skills, employment, tutors, mentors and connected youth to opportunities and resources. Soon after I became very sick and was in the hospital for about a month in October; I was supposed to move into Casa Valentina on October 1st. But I kept in contact with Ms. Alexis Adams, each time letting her know my progress. I also was afraid that I wasn’t going to be let into Casa Valentina because I was in the hospital, and I was afraid of the hospital bill because I didn’t have insurance. A thank you to the lady who called me and asked if I had insurance. When I said, “No,” it’s like she knew what I was going through.

I moved into Casa Valentina in November 2018.

With the help of Casa Valentina, I kept up A’s and B’s in my classes, worked part-time, and learned things like how to live on a budget, saving, and interview practice, and had a personal therapist. We went on outings around the city, like field trips to museums, parks and the movies. And we did community service in different neighborhoods and at churches, collecting and bagging food and clothing. I made friends. I connected well with all of the staff at Casa Valentina, the board members, and other visitors. They also helped motivate each resident to achieve their goals and be themself. We always had events, all of which help us to learn how to interact with other people and create and build connections.

Through Casa Valentina, I also met Ms. Brenda Feldman. She helped me with my English and writing. She taught me how to edit a paper, correct my spelling and use proper punctuation. We would have lunch together. Ever since then, me and Ms. Brenda became close. She would always give me ideas on what book to read to enhance my reading skills and learn new words. She also got me to start keeping a journal and writing in it. I could write about anything and that has helped me very much. Ms. Brenda shared her life stories with me, and I did also. I think that’s where we started to become close, she understood me, and I understood her.

I moved out of Casa Valentina in October 2020, which was a roller coaster because moving out is hard and moving in also. I’m still in school and plan to graduate in December 2021 with my associate degree in biotechnology. I would like to be a biologist researcher or work in environmental science to help build and improve the ecosystem and marine life. I currently work for Educate Tomorrow at Miami Dade College as a Changemaker and guiding other students that went through similar situations. I also work for The Homy Collective (Helping Our Miami-Dade Youth) as a Youth Voice Action Council member spreading awareness about youth homelessness in the Miami-Dade County area.

The people at Casa Valentina care so much; they want to see you succeed and accomplish your dreams. I wouldn’t know the future if not for Casa Valentina, but I beat the odds. I beat the statistics that society places on young Black women. I could’ve dropped out –⁠ and I almost did –⁠ but I kept on going, because I knew since I was a little kid that I will change the world one day. I write in my journal every day to stay focused on my dreams –⁠ because I believe that I can achieve anything I set my mind on and I’ve overcome many obstacles and become resilient.